Another one of the elite Group Five astronauts has left Earth for the final time.

Col. Alfred Worden was the Command Module Pilot of Apollo 15 and his EVA during that mission gave him the title of 'loneliest human being in history', since the elliptical lunar orbit of the CM (while crewmates Scott and Irwin were on the Moon) carried Worden further from Earth than anyone before or since.

I met Col. Worden on many occasions and got to know him really well: he was a witty, highly-intelligent scientist-pilot who did much to maintain the profile of the manned spaceflight program in the public arena. Sadly, the decision of mission commander Dave Scott to carry stamps secretly to the Moon blighted Worden's impeccable career: none of the Apollo 15 crew ever flew in space again.

From my personal point of view, one of the things I found intriguing about Al Worden was that he was quite happy to discuss the UFO phenomenon: on several occasions he confirmed his belief in the reality of many of the more famous cases, and went so far as to state that '....all humans ultimately arrived on Earth from elsewhere in the Universe.' 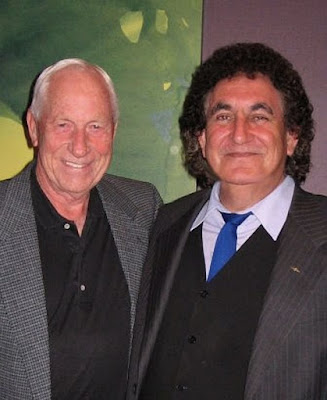