One-off birds: never to be repeated?

Yesterday I spent a few minutes 'tidying up' my UK 400 bird list, and found myself reflecting (as you do!) on just how much pleasure I've derived from birding over the past fifty years or so. I'm not one who chases around the globe trying to add to a world list (mine has about five birds on it that don't appear on my UK list!) but birding has taken me to every mainland UK county and many of the islands too!

Linda and I got together through birding (well: twitching to be honest!) and most of our close friends are birders. Linda, Brian, Norman and I try to get a few days away together every year and, as regular readers will know, Peter and Sue are also very keen: they must have huge world lists, given that they've visited some amazing locations: Ethiopia, Egypt, Easter Island, Costa Rica....

My UK life list, as you'll know, stands at 439 at the moment: I fully anticipate creaking to 450 eventually, but, since I rarely travel outside East Anglia for a bird these days, that might take a while! What struck me, as I was searching for 'possibles' among the empty tick-boxes on the list, was just how many species I've only seen once. I really do wonder (given my self-imposed restrictions on travel!) whether some of these may never be repeated.

So that's 34 species I've only seen on one occasion: there are a few more I've only seen twice or three times... Of these, I reckon Slender-billed Gull is most likely to re-occur, given climate change and all that. On the other hand, I've seen four or five Sociable Plovers, but I won't be holding my breath for another! 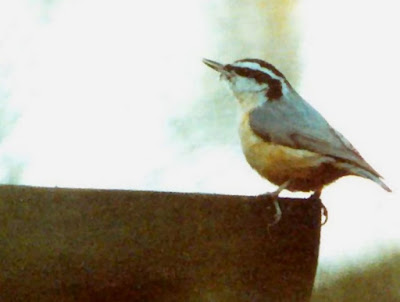