The International Space Station slides past the Moon

Last night was the last cloudless night for a while, so I took advantage of the current crystal-clear skies to photograph the ISS rising in the west and passing close to the crescent Moon and Venus. The lunar terminator cut through my favourite 'sea': the Mare Crisium: here, back in the fifties, British astronomers Patrick Moore and HP Wilkins claimed to have observed an artificial bridge straddling a bay at the edge of the Sea of Crises. I've seen the feature myself and imagine it's actually an effect of light and shade: even with the Moon's gravity being 1/6 of the Earth's, I don't reckon something that long could be self-supporting. 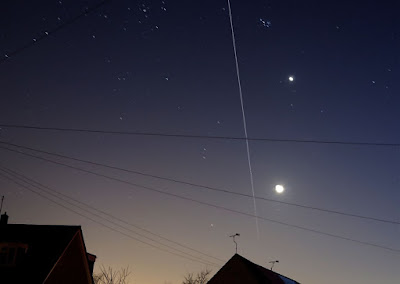 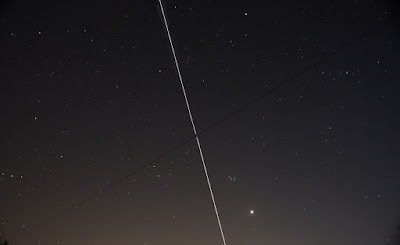 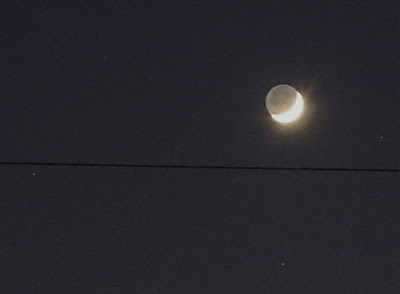 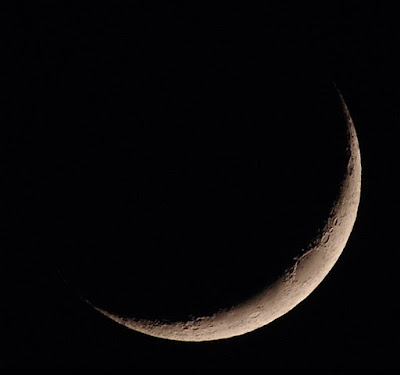 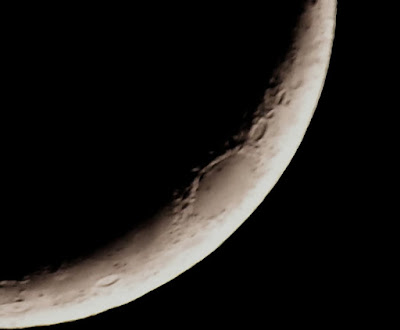 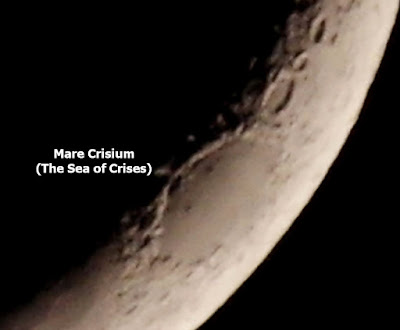 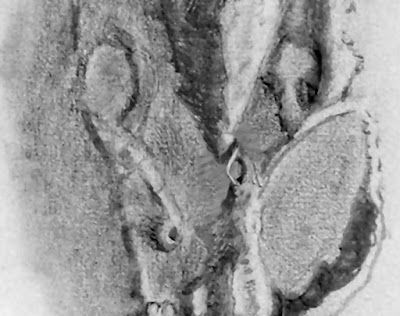